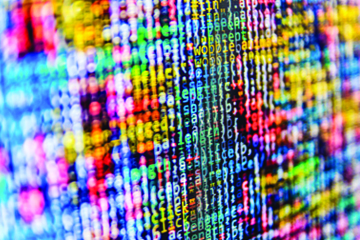 AIIntelligent robots roam the land, sea and air. They are not only taking our jobs, but they are also making us gradually more dependent on them.

“In the XXI century humanity will coexist with the first alien intelligence we have come in contact with – robots,” Dr. Gianmarco Veruggio forecasts.

As emotional computing continues to make autonomous robots better at making decisions in real time, calls for setting up an ethical framework for AI have become increasingly louder.

Some even worry how AI can compromise the inviolability of human dignity.

Nayef Al-Rodhan, head of the Geopolitics and Global Futures, Geneva Centre for Security Policy, forewarns us. “Tech developers should confront two questions,” he says. “Does the technology go against human dignity? Does it imperil humanity in the long run? If no ethical standards are put in place, a disproportionate amount of control is granted to AIs.”

How to Deal With AI in the Future?

On the other hand, others call for a universal bill of rights for robots, as demanded by the American Society for the Prevention of Cruelty to Robots.

To study how the impact of AI will permeate through every aspect of human civilization, Stanford University has assembled leading thinkers, academics, and top researchers to conduct the “One Hundred Year Study on Artificial Intelligence (AI100).”

In early September, the AI100 issued the report, “Artificial Intelligence Life in 2030: One hundred year study on artificial intelligence.” In it, the authors raise concerns about legal, ethical, privacy, and security issues.

For example, “As AI applications engage in behavior that, were it done by a human, would constitute a crime, courts and other legal actors will have to puzzle through whom to hold accountable and on what theory,” according to the report.

Consequently, the report calls on AI experts to consider the ethical and legal issues prompted by AI applications.

AIAs AI scientists focus on ethical programming in their attempts to build moral robots, they may wish to consider the use of Bitcoin’s blockchain-based smart contracts.

Because robots work, communicate, and interact among themselves, smart contracts are extremely relevant.

In fact, smart contracts may be ideal for AI, since their enforcement does not require human intervention.

Smart contracts, essentially computerized algorithms, verify, execute and enforce a contract without human intervention. Moreover, the execution of smart contracts does not require authentication through intermediaries.

The Bitcoin blockchain enables many kinds of smart contracts. A blockchain is a digital ledger which is decentralized, trustless, permissionless, and peer-to-peer. These ledgers continuously record transactions and maintain records of all activity that has ever occurred.

Chief virtues of the Bitcoin’s blockchain include the following:

As we enter the smart contracts revolution, products running on Bitcoin technology rush into the market, such as the RSK open-source smart contract platform.

RootstockThe RSK open-source smart contract platform, which runs on Bitcoin technology, can help developers to test limitless AI solutions. Developers can test their applications over the RSK testnet. The contact form is here.

Diego Gutierrez Saldivar, CEO, RSK Labs, explains that the “RSK smart contracts platform enables any user, developer or company to create any solution they can think of and run it on top of a democratic, decentralized, and extremely secure network.”

Gutierrez adds that, as the platform runs on top of Bitcoin, “It turns into a fertile and solid ground for disrupting key areas of the human landscape, like financial inclusion, pure democracies, and the IoT.”

RSK has recently formed the RSK Federation, a group of leading Bitcoin enterprises working to secure smart contracts with the Bitcoin network.

Robots and AI will continue to present humans with ever-greater challenges. Scientists are actively conducting research to identify and assess these challenges. This knowledge, combined with new technologies such as blockchain-based smart contracts, can help scientists to create a robust ethical and legal framework for Al. Humans might remain, perhaps for a while, a few steps ahead.