A crypto postage stamp has gone on sale in Gibraltar - the first of its kind globally according to locally-based Blockchain firm Coinsilium.

The limited edition, produced together with the Philatelic Bureau, celebrates the impact Blockchain is set to have on the world.

This will be tied to the release of a digital collectable, or non-fungible token as its known, exclusively produced by Coinsilium together with the Vietnam-based firm RedFox Labs.

These feature 22 photographs taken from around the Rock, captured by local photographers, which can be traded on the market. 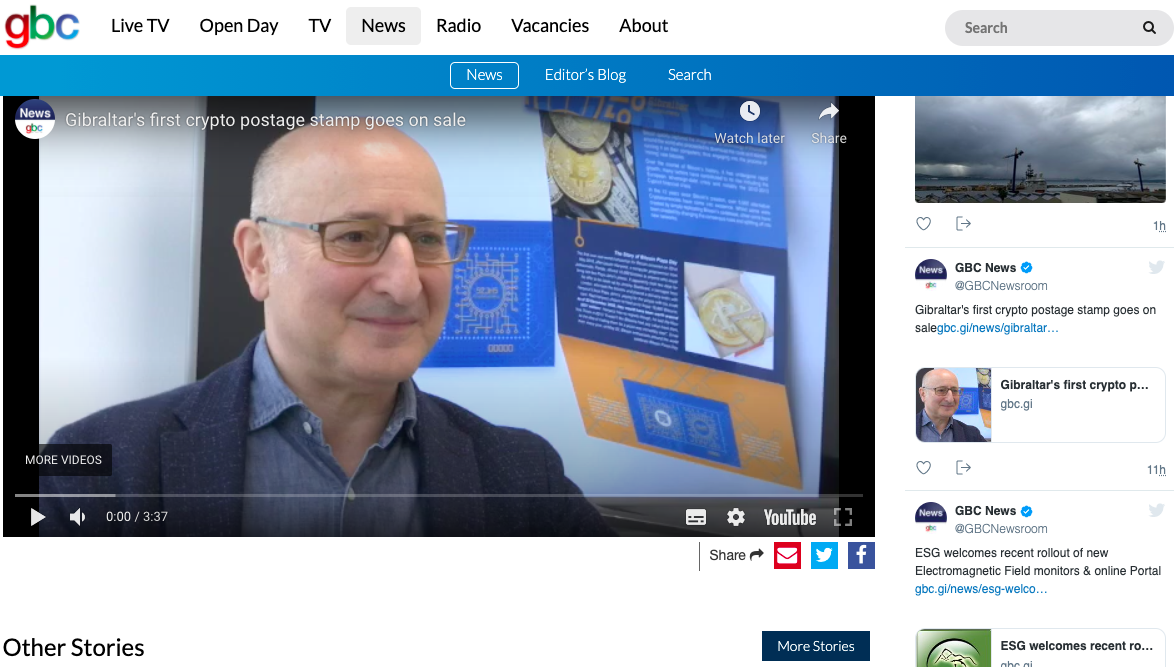