Smart contracts will be deployed on the blockchain mainnet which us an independent blockchain running its own network with its own technology and protocol.

The marketplace is being designed and built by Coinsilium’s wholly owned subsidiary Nifty Labs, an NFT technology development studio based in Gibraltar, in partnership with portfolio company Indorse. 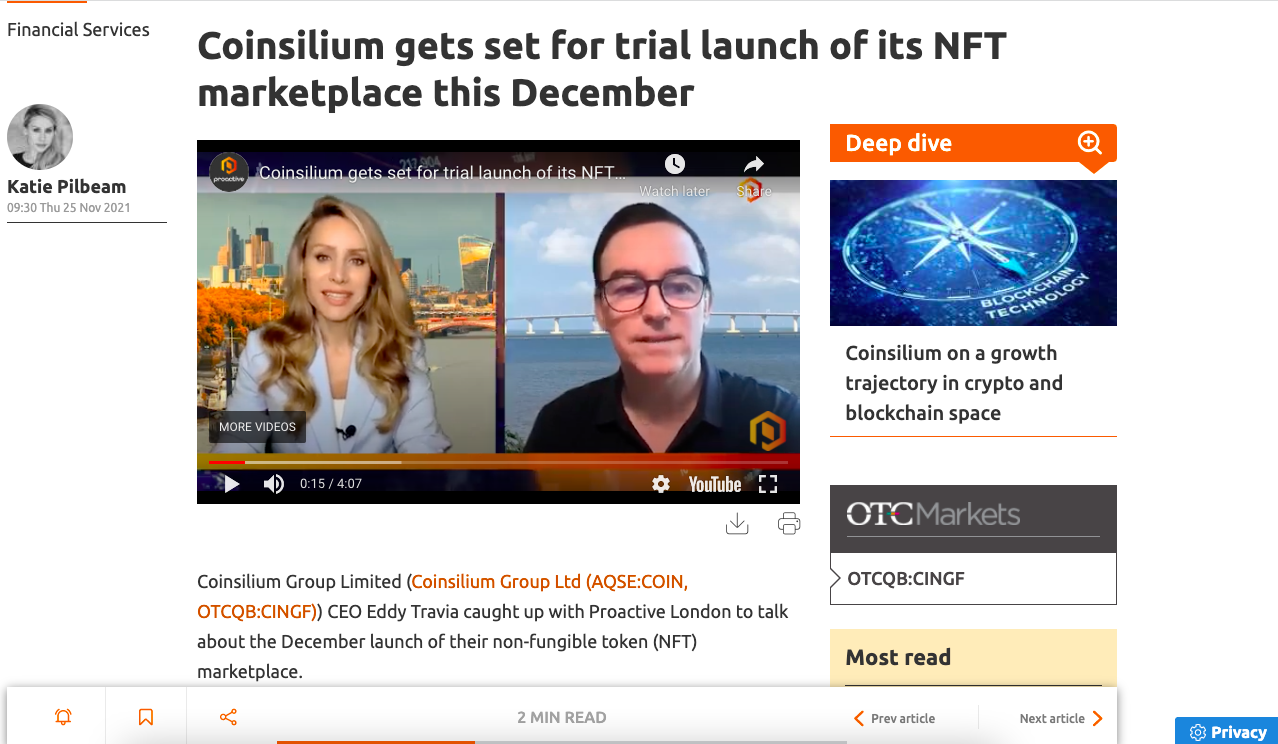